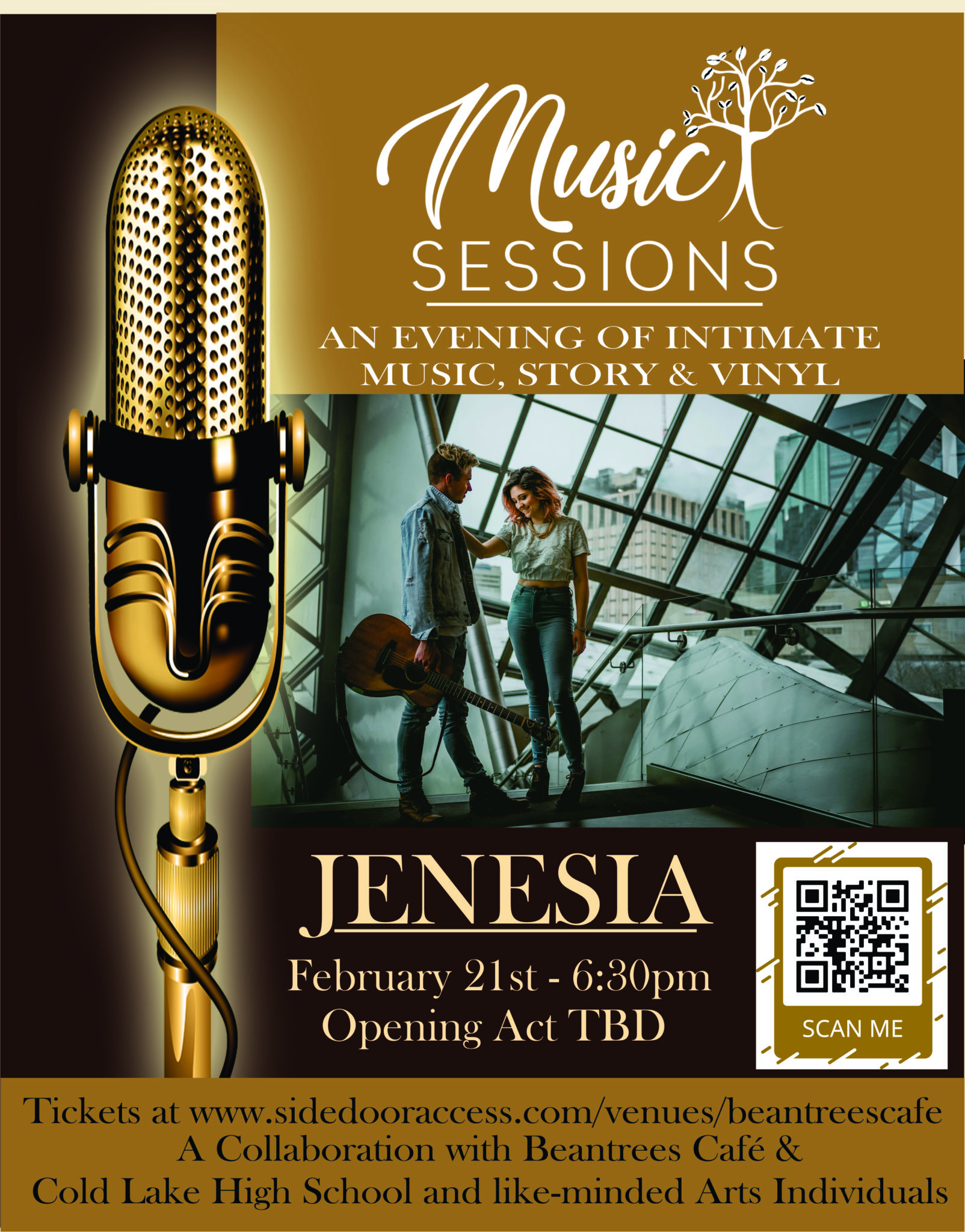 OHHH I am hook,line and sinker for beautiful harmonies….

Imagine a crisp February winter evening, in front of the Beantrees fireplace, sipping a glass of wine 🥂 or your favorite Latte listening to incredible harmonies… I sure can and its going to be magic!! We are reinventing the music experience at Beantrees Cafe and you can be a part of it…

JENESIA BIOGRAPHYBetween Jenesa’s sultry knockdown vocals, Alexander’s mastery of strings and their talent for tasteful harmonies, Jenesia is a must see. A powerhouse of musical talent, they are skilled at evoking emotion, story-telling and connecting with their audiences. Masters of genre-blending, they offer a combination of jazz, blues, folk, and rock in their modern-meets-vintage pop musicality. Their sound is as unique as their influences are diverse, encompassing such artists as John Mayer, Amy Winehouse, Bruno Mars and Imagine Dragons. Recognized for their compelling story-driven and intelligent lyrics, they stand out from the current musical climate. In addition to upbeat and romantic melodies, they offer songs that tackle such difficult issues as poverty, addiction, child sexual abuse, and domestic violence with a tact and authenticity that doesn’t overwhelm. Drawing on personal experience they use their music as a platform for awareness and justice, endeavoring to become a voice for the voiceless. Jenesia truly has an innate gift for transforming tragedy into something beautiful.

These award-winning songwriters have been finalists in the John Lennon Songwriting Contest, L.A. Top Voice, Music City SongStar and were nominated for a GMA and multiple Edmonton Music Awards. The group has received national airplay and their single, “Mexico”, had its world premiere on the Strombo Show, received over 200,000+ streams on Spotify alone and made the 106.5 Mountain FM’s Top 60 songs for 2018. Their Mexico music video garnered 125,000+ video views online. Their passion goes far beyond making hit songs: Jenesia writes to encourage and inspire others towards justice. After surviving nearly a decade of childhood sexual abuse, Jenesia’s Alexander David aims to bring awareness to the growing epidemic. Catchy melodies, memorable live shows and a unique story make Jenesia an authentic voice in pop music.

Breaking ground as Soap Box Duo in 2015 the then newlyweds, released their first self-titled album, garnering multiple award nominations and performance opportunities. They have gone on to make numerous television appearances, tours and have now played over 400 live shows. Captivating studio recordings and creative music videos showcase their talent and ingenuity. Since their first quintessential camper-van tour of Western Canada, their musical journey has spanned across such places as iconic Nashville Tennessee and the shores of Mexico and Haiti. With several industry nominations and finalist placements, their steady stream of success grew to include the grand prize in the My United Way Voice Contest 2018.

Committed to evolving and strengthening their career the couple took on a new persona with a modern esthetic, refined their musical style and became Jenesia. With the same electric chemistry and energetic on-stage presence, their songs of love and grit continue to encourage and inspire.