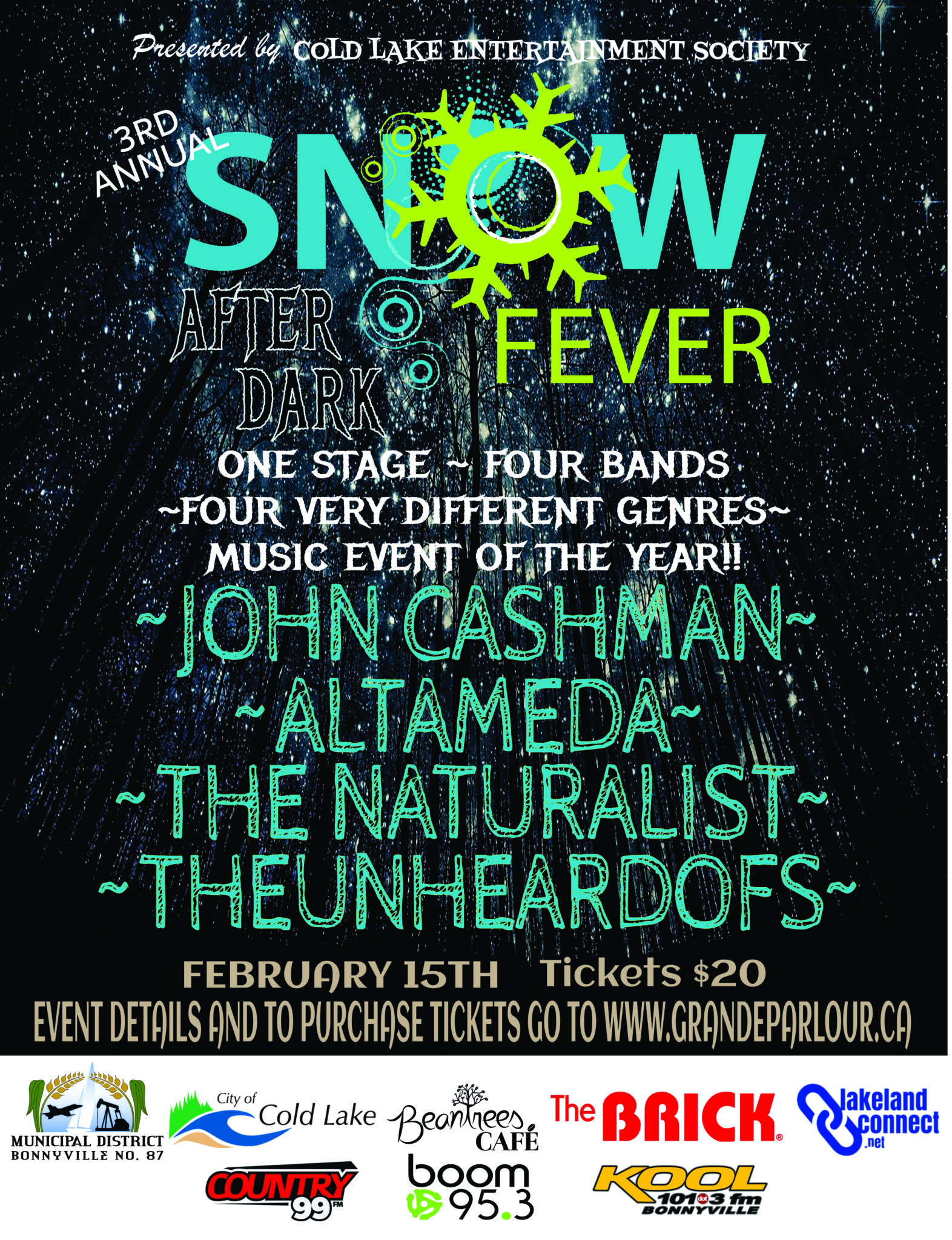 Music event of the Year!!

This will be our 3rd annual Snow Fever event where 4 bands will play their original music on the Grande Parlour Stage…BUT we throw in a twist where we have the 4 bands, that have never played together, create a night of unforgettable collaboration of music!! This event is has become crazy popular and is an evening of music you will not forget!!

….and let me introduce our ARTISTS …

From country to city life, singer-songwriter Josh Cashman has been turning heads not only nationally but internationally with his Humble, harmonic and heartfelt to the core artistry.

The Gippsland native went rapidly from performing in small Melbourne rooms and backyards at the foot of his first releases, ‘Running’, ‘All About You’ and ‘Patience’ which soon took to touring Australia, New Zealand and USA with Tash Sultana, selling out several Melbourne hometown shows at venues such as The Northcote Social Club and The Evelyn Hotel, as well as signing to Mushroom Music Publishing, Paradigm Talent Agency (USA) and The Harbour Agency (AUS).

Having supported the likes of The John Butler Trio, Tash Sultana & Ocean Alley, there lies a deep blend of heartfelt roots, among the blend of soulful and haunting melodic folk/rock which dabbles among elements of pop songwriting.

Respect for tradition with the sophistication to shake it off. Deadpan expression of a staunchly honest vision. Edmonton based Altameda (æl-tah-MEE-da) have evolved into a band with a bold, and unrelenting sound. It’s the culmination of experience, both musical and rawly human, that makes Altameda the band they are. Hitting festival circuits and stages across Canada, UK and Europe, they’ve toured extensively since releasing their much-celebrated debut album, Dirty Rain (2016).

Full and resounding, cutting and dynamic, Altameda’s sophomore record, Time Hasn’t Changed You (2019), is full of all that makes life a beautiful mess. Brought along by warm bass lines, bluesy rhythms and the sweet whir of the Wurlitzer, vocalist Troy Snaterse’s lyrics burn with nostalgia and present desire, made vivid by his talk-like cadences and emotional peaks. It will lift you out of your seat—then all at once send you spiralling down to the kitchen floor. It’s love lost and gained and lost again. It will stay with you even after vinyl and needle have parted ways.

“[Time Hasn’t Changed You] is the pure Americana drone full of folk and country feeling that evokes the times of Crosby, Stills, Nash & Young or Tom Petty and the Eagles as if they had just arrived yesterday.” – Musikreviews.de (Germany)

Just a couple of music lovin brothers from Fernie, BC
Kootenay Music Awards Artist Of The Year 2019

Words can't describe what happened there but maybe this video can! Huge shoutout to The Living Room Stage, Rebel Cause Films, and the biggest crowd we have ever had the pleasure of playing our Space Disco for. See you next year Shambhala! *Our live set will be available on SoundCloud Aug 30th at 12pm*

Well what can we say about these Aussies with some local ocals mixed in… UnHeardOfs came together last year as employees of the Kinosoo Ski Resort and performed at last years Snow Fever After Dark and were pretty dang good!! Can’t wait to see how they have evolved their sound.

This will another amazing night of music on the Grande Parlour Stage and we are excited for all of you to experience it again!! Doors open at 6:30pm with music starting around 7:30pm.